Some buildings of ancient Ambracia came to light during the second excavation period (2011-2013) on the periphery of the small theatre, which were used from the Archaic until the Hellenistic era. In addition, the rest of the koilon was revealed as well as three rooms southeast of the proskenion, which were probably parts of the stage and the auxiliary infrastructures behind the scene.

Part of the road network and urban fabric of the ancient city.
To the west of the theatre, part of an ancient street of width 5m. was discovered, paved with large limestone slabs. The traces of the carriage wheels can still be seen as two parallel grooves along the road, which are 1.5 meters apart, and were apparently created by the wheels of passing carriages. There is no preserved paved road along the west side of the road, while on the east the paving is maintained at a higher level as in a sidewalk. On the NE side, which is visible and along all the road, rectangular limestones were placed at the site later for unknown reasons, possibly with the aim of eliminating the passage of wagons from the site. Probably at the same time, part of the road was closed and turned into a pipeline, which was connected to the main rainwater pipeline located along the proskenion. Right to the west of the paved road, sections of five more venues were located, part of the urban fabric of ancient Ambracia, which based on the movable finds collected, date from the archaic to the Hellenistic era.
The ancient street, which was transformed into a rainwater drain channel, during the construction of the theater, radically changed the urban fabric of ancient Ambracia, which was organized with an even urban system, while it was protected by a strong fortification, whose perimeter reached 5.450m.
Also, the mainstay along the proskenion, which has now been discovered, has a visible length of 21.70m. 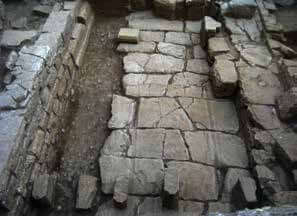 Part of the ancient street

Public Building to the east
To the east side of the theatre, the ruins of a large rectangular building were discovered, which, based on the finds of the excavation, can be considered that it had a public character, functioning probably as a public building or a sanctuary. The building is based on architectural remains of an older construction phase of the ancient city of Ambracia with dimensions 11.5×7.5m. Also, preserves part of the pillar, a vertebra of a column, and a Π-shaped paved floor. Between this building and the Small Theater is mediated a strong retaining wall, which holds the koilon. The research of the findings is limited to parts of clay figurines and relief tiles, the study of which is in progress and will allow conclusions to be drawn regarding the identification of the building. Although its identity cannot be confirmed, for the time being, the testimony of Dionysius of Halicarnassus is typical, who mentions that: in the vicinity of the small theater of Ambracia there was a Sanctuary dedicated to Aphrodite and Aeneas. But, in any case, the identification of the aforementioned building is not yet secure.

Metal objects
During the latest excavations, remarkable remains of metal objects and other multi-worthy objects have been found throughout the archaeological site. Some of the finds are clay and bronze toys, a silver coin, a bronze Figure representing a warrior, and a part of a bronze fitment of a spear with its surviving wooden stem.

Ceramics
During the excavation (2011-13), various types of pottery dating from the Classical and Hellenistic period (4th-2nd century BC) were discovered that are of particular interest. The whole of ceramics is classified in a wide chronological spectrum, from the Archaic to the post-Byzantine period, while remarkable pottery remains of modern times (17th-18th century) have been found in ceramic kilns and waste pits of the archaeological site.
The pottery of stage Decoration dates from the Classical to the Hellenistic era (around the middle of the 4th to the middle of the 2nd century BC) and reaches the upper layers up to the post-Byzantine times and the modern era. To the findings belong parts of drinking vessels with printed decoration, miniature vessels from inauguration pits, fragments of black and red-shaped vessels, parts of flowered antefixes from the tiling of the false roof of the stage and bronze conical rugs, the decorative parts of the wooden heads, bronze jewelry, metal decorative accessories, as well as clay and bronze toys 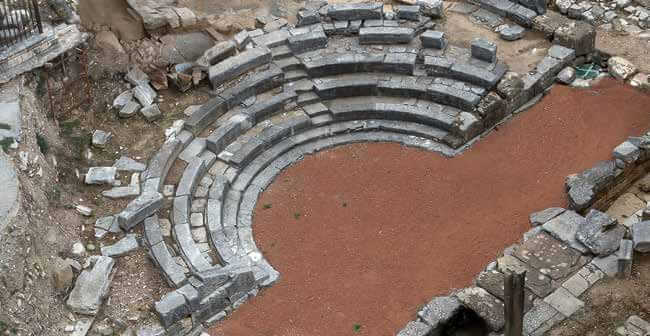 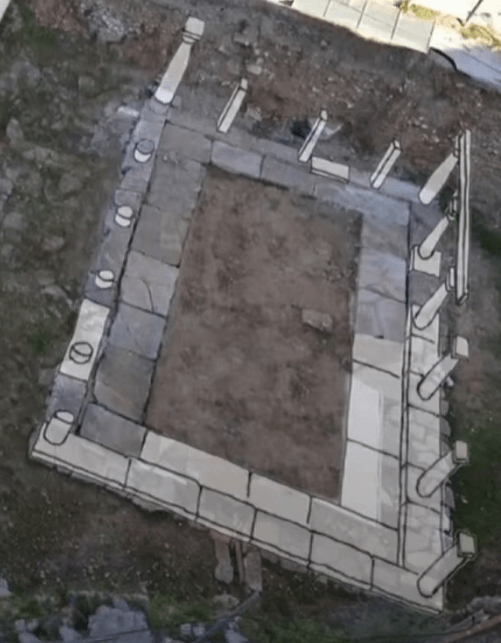 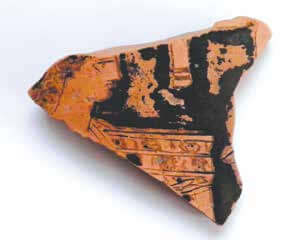 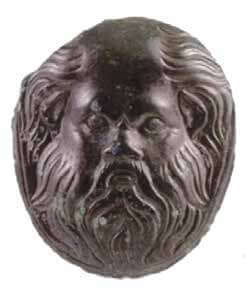 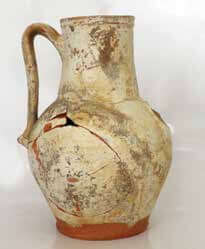