The identification of the Small Theater of Ambracia is therefore based on the testimony of Dionysius of Halicarnassus (present-day Bodrum), according to whom near the small theater of Ambracia was the sanctuary of Aphrodite and Aeneas.

«in Ambracia, a temple of Aphroditê Aeneias and a hero-shrine of Aeneas near the little theatre»
The Roman Antiquities of Dionysius of Halicarnassus: 1.50.4

The Small Theater of Ambracia, which is unique in Greece in its triple function operated as an Odeon and Bouleuterion at the same is the smallest of all Greek theaters excavated so far. It is located in the centre of the modern city of Arta and in an area that coincides with the northwestern part of the ancient city (Ambracia). Other public buildings, located in the same area and forming the political and administrative center of the ancient city, include the post-archaic temple of Apollo on Vassileos Pyrrou Street, the Big Theater on Tsakalof Street, and the Prytaneion next to the Church of Aghia Theodora today, preserved registration under the church square. 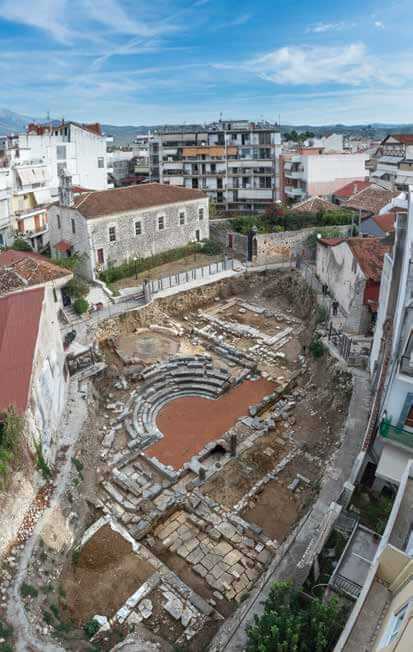 View of the Small Theatre

Route of Small Theatre of Ambracia 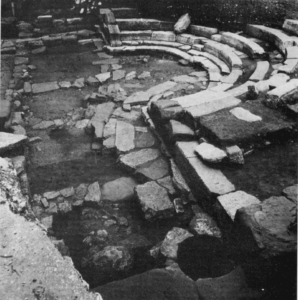 The first excavation in 1976 brought to light the entire orchestra* (the scene) of the theatre, a large part of the koilon...
More 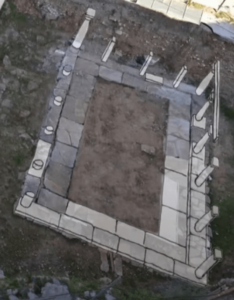 Some buildings of ancient Ambracia came to light during the second excavation period (2011-2013) on the periphery of the small theatre...
More 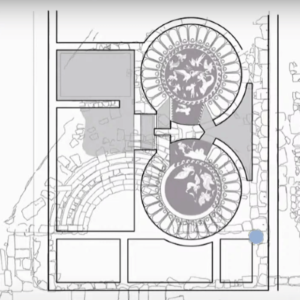 During the excavation of the Small Theatre in the ‘70s, an ancient bath was revealed underneath the koilon...
More