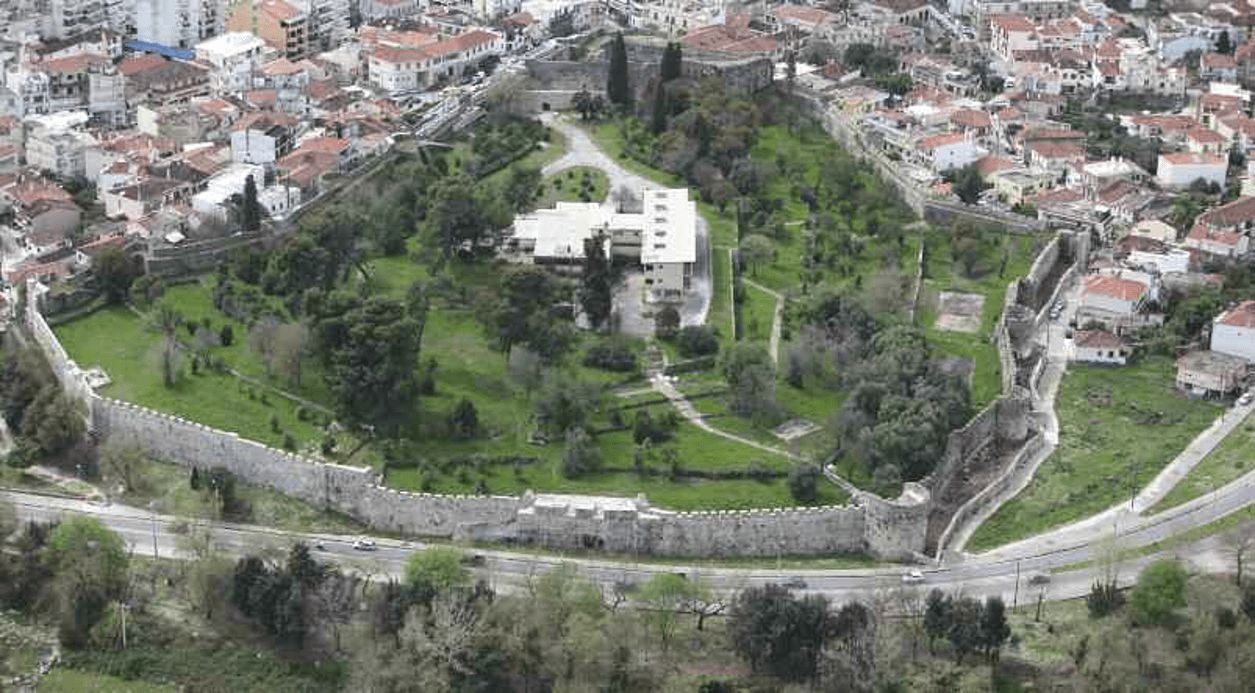 One of the most beautiful and well-preserved Castles of Greece is the Castle of Arta, which stands majestically on a low hill at the northeastern side of Arta, near the river Arachthos and is a representative sample of medieval physiognomy of the town. The location where it was built was not chosen randomly, since from antiquity, the Corinthian settlers who founded the ancient city of Amvrakia had erected its fortification on the foot of the same hill. Parts of the ancient defensive wall had been integrated in the medieval Castle’s structure and were saved to this day both in its eastern and northern sectors.

The Castle has a trapezoidal shape, occupies 9 acres of land and at some points, reaches a height of 11 meters. It is enforced by 19 towers (of rectangular, semi-circular, polygonal, or triangular shape) and inside the walls, the inner walkway preserved that runs the whole length of the walls. Rectangular and semi-circular towers, as well as the ramparts, are dated in the Byzantine period, while polygonal and triangular towers are dated in the Ottoman period.

The main gate which is located in the south sector, constitutes the main entrance to the place, and is protected on its left side by a rectangular tower. The second and smaller gate is located at the north side of the walls. The northwestern part of the walls of the Castle of Arta is reinforced by the main fortress wall along its entire length. 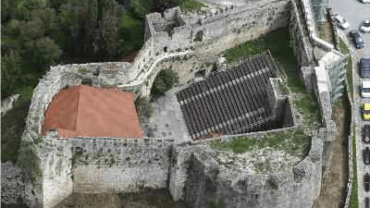 The inner acropolis “Outs Kale”, located on the southwest side of the Castle, to the left of the main gate, the last stand of the defenders in case of siege. Within the acropolis, there are three buildings. A large one on the north side, a… 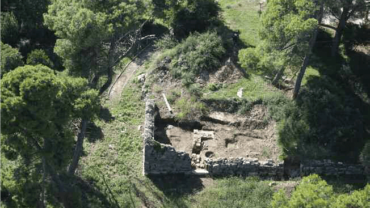 In the center of the Castle, there are the ruins of a large Byzantine building. The surviving part of the building is gamma shaped and its southern part is preserved at a sufficient height of 4m. The formality of the structure and its rich decoration…