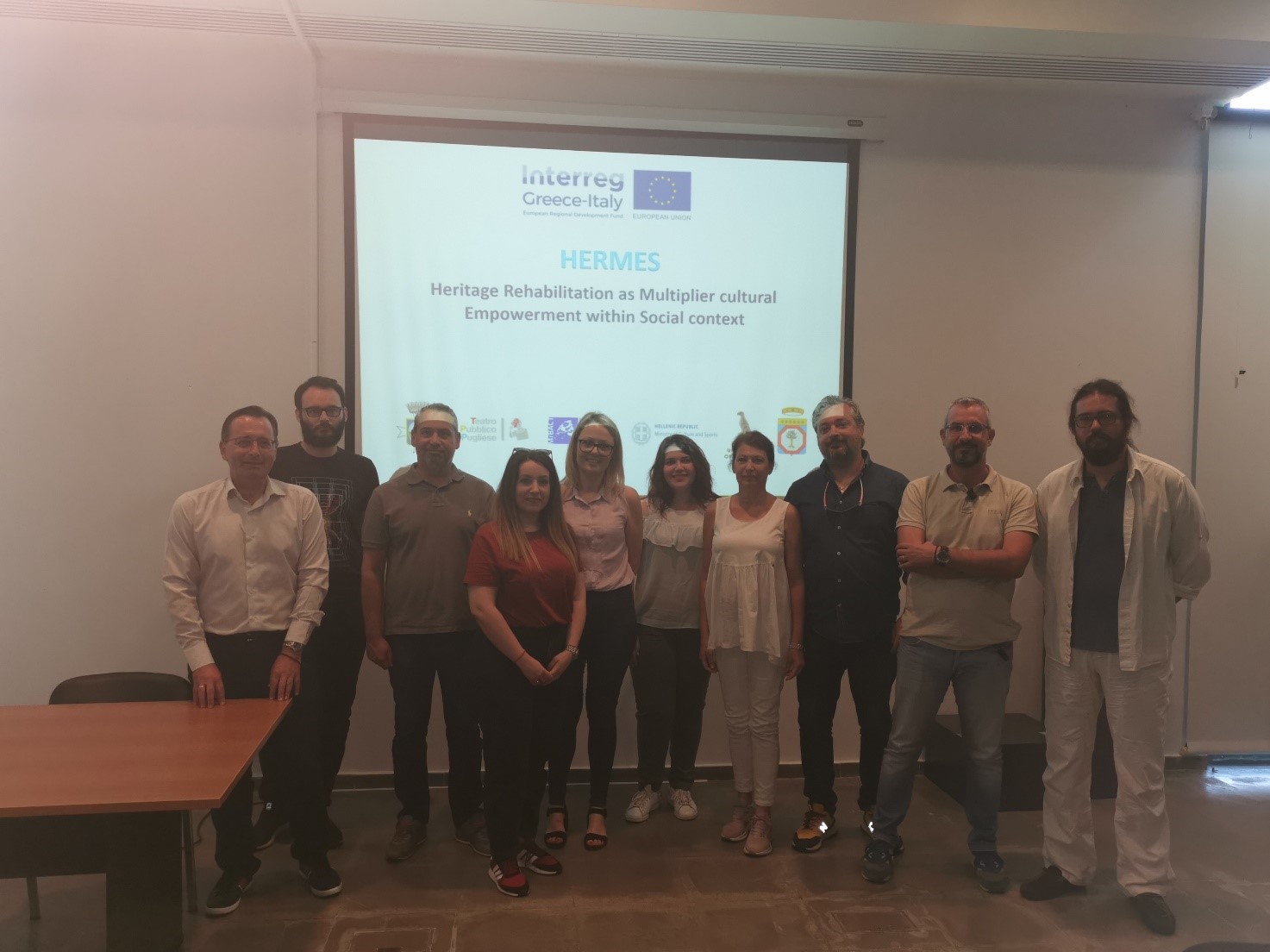 The meeting of Greek partners of the project Hermes (University of Ioannina-Laboratory of Knowledge & Intelligent Computing and Minister for Culture and Sports-Ephorate of Antiquities of Arta), which took place on July 7, 2020 at the Archaeological Museum of Arta, was successfully completed.

At the meeting, the members of the working groups of the two partners were discussed, the upcoming actions were planned and defined based on the identification of common cultural routes and the promotion of the historical and cultural heritage of Arta.

The two partners discussed the progress of the implementation of the project, emphasizing the importance of the project for the promotion of the history and culture of Arta, as well as financing actions for the restoration of specific monuments and cultural sites to be carried out by the Ephorate of Antiquities of Arta. A special speech was made by Prof. Chrysostomos Stylios, scientific responsible of the project, on the opportunity provided in the city of Arta to highlight the enormous historical importance of its most important monuments over the centuries as well as their evolution utilizing modern technologies of both virtual and augmented reality.

In conclusion, partners closed the meeting by defining the next steps that will lead to the restoration and promotion of important monuments and sites of Arta, which have invaluable historical value.